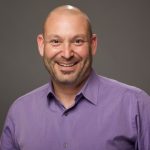 Our guest today is part of Facebook’s real estate marketing global solutions team. Joining us is Scott Shapiro, a Client Partner who has been with Facebook for over eight years with an impressive background in advertising and marketing. Scott brings an exciting look into Facebook and the best tools for Realtors and real estate industry members to get the most out of Facebook’s functionalities.

In this episode, join Scott and me as we discuss Facebook’s impact on the real estate industry, especially in advertising. We also discuss what working environments may look like post-COVID and how to make your next Facebook Live look like an episode of House Hunters!

“The thing that I love the most [about Facebook’ is collaboration and culture. We embrace a couple of things that lead to that. Authenticity, individual voice, be your true self, and listen and digest other people’s opinions because that’s the key to collaboration.” — Scott Shapiro [09:21]

“One of the things that I think we’re going to see as a remaining output of the time that we are in right now is consumers are going to instead of getting in their cars and going to our open homes; they’re going to be looking on Facebook and Instagram for agents to put live videos up…It will be no different than House Hunters.” — Scott Shapiro [29:45]

[01:59] Growing Up in Two Polar Opposite Environments

[23:41] Hierarchy of Advertising for Realtors

Joining us today is Scott Shapiro, Client Partner in the real estate marketing global solutions team at Facebook. Scott grew up in two polar opposite environments growing up in the suburbs of San Francisco while spending his summers in Upstate New York. Scott now, as of three months ago, calls Austin, Texas home where he can take part in the local marketing while still at a large Facebook office.

Scott Shapiro set out for Temple University, where he had dreams of becoming the next big movie producer. After one semester in film, Scott decided it was not for him and instead received his Bachelors’s in Radio, Television, and Digital Communication, which ultimately led him into advertising and marketing.

Throughout his career, Scott has worked for many big-name companies starting with local TV stations and moving up to large advertising agencies such as J. Walter Thompson Advertising. Scott went on to become an account executive for ABC National Television Sales when he received an out of the blue job offer from Facebook in the middle of 2012. Scott points out that going after this position was one of the best things he has ever done. He has been with Facebook for over eight years and feels incredibly fortunate to be involved in a fantastic culture and environment.

Scott shares that there are a couple of things that successful realtors do on Facebook with their ads. The most important thing he notes is that they think about what they want to convey to the consumer. It may seem like the basics but can be something easy to lose track of. He shares that they take the time to think about who they want to see the ad, and what action they wish for the viewer to take. In times like these, successful video campaigns have been important in the real estate industry, be it a fifteen-second ad or a live video. Scott believes that ads in stories and newsfeed must be 15 seconds or less teasing what you might see on TV. Ads should be clear, straight to the message, and short.

In comparison, live videos have become no different than when we do an open home on Saturday. You can use the same stories and context as if you were showing the home in person. You become a master storyteller. Authenticity is essential as consumers are genuinely looking for authenticity to make a real connection.

Scott Shapiro’s advice to new agents is to become a mobile marketing master. Don’t get caught up in the latest social media platform. Scott shares that there is an underlying core theme, not social media, it’s mobile. It’s all about the consumer and how much time they are spending on mobile. If you can put yourself into the mindset of not worrying about social media platforms, metrics, or views but instead really focus on what your marketing should be on mobile and mobile across multiple platforms, you will be taking the first steps to become a mobile marketing master!