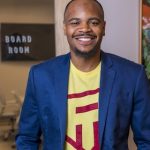 Meet our guest, Jerry Valentine, the founder of the Renter Mentor Organization and is currently based in Columbus, Ohio.

In this episode, I sit with Jerry, born and raised in Cincinnati, Ohio. He discusses his work in the nonprofit space and the experiences that led him into the affordable housing aspect of Real Estate.

“A lot of people don’t look at photography and videography as technology, but that’s really some of our oldest technologies.”

“The arts are the true way of self-expression.”

“There are a lot of growing markets out there where you can be very successful just by opening the door to a home.”

[06:44] Starting university, was a career in the nonprofit world in your mind?

[08:43] About the “Get out Network” nonprofit organization.

[13:55] Getting into Affordable housing and challenges observed.

[23:24] How do programs like the IOI program help Renter Mentor gain traction?

Jerry founded “Renter Mentor,” which helps connect tenants and landlords with affordable housing more straightforwardly. Based in Ohio throughout his life, Jerry shares that he loves Ohio for the big city energy that comes, especially since it comes without the high population. He shares that he would not change much about Ohio given a chance and encourages listeners to look out for his younger brother, defensive back for Kentucky University, number 14.

During his first year at Ohio University, Jerry wanted to study communications and become a journalist but was discouraged when his mother shared her doubts about how lucrative that field was. Following his love for physical fitness, he decided to study Physical Therapy for the first three years. He realized he did not want a career in that and went back into communication.

About the Get Out Network: Jerry is an innovator and a social entrepreneur who created the Get Out Network Nonprofit organization right after college. The mission of the Get Out Network is to work with underserved and underrepresented K-12 youth and provide STEM art workshops. Summarily, the network serves as an educational supplement. While trying to figure out his interest in college, he started doing videography and photography for organizations on campus, initially for free to build a portfolio but began making money much earlier than expected. When he moved to Colombus, he realized that many people don’t have a concise curriculum to expose them to the different opportunities he had. This motivated him to start the group, which has been around for close to 8 years.

Jerry shares how he got into affordable housing through an opportunity as a front desk clerk at the Columbus Metropolitan Housing Authority. Jerry explains that the front desk was a great position since he knew very little about the industry and had the opportunity to work with all other professionals in the field, learning the day-to-day activities involved. He also worked in the “lease and intake” department, gleaning knowledge from the clients, property managers, and landlords.

One of the significant affordable housing problems that Jerry identified was the considerable disconnect between tenants and landlords. A typical example of this is when a section 8 voucher is given to a tenant, but they can’t find a landlord to accept it. At the same time, landlords complain that they have difficulty finding tenants with section 8. Another main issue is the bureaucracy and lack of education, and as such, the few landlords who are willing can’t go ahead with the process. Even the platforms that were supposed to offer listings were outdated and being used for scams because CMHA paid for only the back end; the front end was just a bonus.

Jerry shares that the opportunity to go on the national stage and give his pitch was a massive win for him, and it also exposed him to other like minds who sincerely wanted to help out. The IOI summit is huge for startup organizations to participate in and network.

Soon, Version 2 of the web application will be released, and it will entail the automation of business processes and make it easier for landlords to connect with tenants. Also, there is an incentive program coming up for landlords to encourage them to rent out their property to the target demographic of Renter Mentor. One aspect of this incentive is helping out with property upkeep by providing free services or discounted services.

Jerry’s advice to new agents: Diversify your portfolio. “There are a lot of growing markets out there where you can be very successful just by opening the door to a home.” The successful landlords who survive the pandemic and recession do so because of the diversity of the Real Estate assets. Would you mind researching these housing assistance programs because the market drives them, so they pay at least the market rate? Being affordable does not mean it is less than the market value.

When you’re helping people find housing, even if it’s a rental, there’s a huge opportunity to turn those people into buyers down the road.