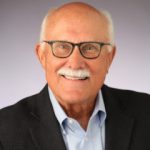 Meet our guest for this episode, Jim Walberg, born in southern California and is currently based in San Francisco.

In this episode, I sit with Jim, and he shares his journey into Real Estate, up to date working with the Bay Area Team with Pacific Union – Christie’s International Real Estate. He emphasizes the importance of relationships in Real Estate today and the transition of these relationships into the online space using social media.

“When you’ve done it so long, no matter what it is you’re doing… you evolve into a place of unconscious competence.”

“I may be wrong, but I don’t believe it’s possible to have a successful Real estate practice without an audience and an audience that you’re going to be able to serve.”

[02:02] Jim reflects on his relationship with Nate Ellis, who passed away following an illness.

[13:56] Jim talks about his interest in Caribbean Real Estate.

[17:32] What are some of the challenges you’ve faced in your business?

[22:25] Can you talk about the importance of service in the market that you work in?

[29:39] What keeps you staying connected to Inman?

[32:16] The Rotary Foundation and its role in Real Estate.

Jim reflects on his relationship with Inman Connect Ambassador Nate Ellis, who passed away last April due to an illness. Bill discloses that he is a “Colon cancer thriver,” not just a survivor, and Jim is also a “Prostate cancer thriver.”

Growing up on Redondo Beach in California allowed enjoying life on the oceanside even though Jim’s family was not financially buoyant. After this, Jim moved to California State University Long Beach, initially thinking he would become a high school teacher. He, however, moved to San Francisco to join a friend who was starting a company, which he later owned.

On how Jim got into Real Estate, he discusses initially starting as a spec home builder for personal investment, with massive success due to the growth rate in the Bay Area at the time. His first contact with the real estate space was as a client, but he was utterly unimpressed with the overpromising and under-delivery of agents. With no interest in being a realtor, Jim had also turned down an offer to be a partner at a Real Estate company but was convinced to join solely functioning on the management side. The company started with the name United California Brokers. While working there, he saw an opportunity to create an experience for clients better than the disappointing one he endured. Jim got his broker’s license and finally got into Real Estate.

Discussing the structure at Pacific Union – Christie’s International Real Estate, Jim shares that Christie’s, originally an art auction house, decided to partner with unique Real Estate boutique brokerages in 2009 to take advantage of the benefits of hanging the art in homes. Pacific Union is one of the 132 such partnerships globally, including Asia, Europe, and South America.

Jim shares how he built up interest in Real Estate in the Caribbeans, noting that initially, the company bought a brokerage in Virgin Island with the plan to live there eventually in 2009. However, following the economic meltdown in the Caribbean, the company had to be sold to recover money. Jim also talks about his love for sailing, which he had been doing since he was younger.

Expounding on the challenges he faced in his Real Estate business, Jim narrates how he had to deal with being found by clients when the company initially started in the Caribbeans. He had to start blogging, which gave him swift recognition in London and an article that propelled him into the limelight with international developers. Even after the Caribbeans shut down, the developers still wanted to work with him on other projects. “When it comes to the real challenges, the biggest challenge is who you’re dealing with. You’ve got to be able to trust the person you’re dealing with.”

The importance of service is discussed, as Jim shares the daily mantra of his business; “how is it that we can surprise, delight, and dazzle someone today?” The company focuses on consistent contact to ensure clients’ lives in the database are touched in one way or another all year long. Special events like the food banks are also a point of contact with clients, especially to give back to the community.

Jim describes how social media has helped his business, noting how he started with blogging and SEO. Social media provides a unique opportunity to do business based on trust, even if you have never met the person. He cites an example of a call he received from someone he had never met who asked for help with selling a house; this experience changed his belief system on how relationships can be built online, with more than 53 of such similar calls coming in since then. Jim agrees that his participation in social media was more about building relationships rather than promoting himself.

Initially, Jim’s motivation for attending Inman events was meeting people he was already connected to online. Over time, it has become a family for him and a pool of invaluable conversations and interactions. Another point of discussion was the Rotary Foundation, which Jim notes have an international focus and a local focus in the community, which helps it identify the community’s needs. This allows them to function as an intermediary between the influential organizations who want to carry out projects and the communities in need of these projects. People have no idea that the Rotary Foundation is probably the world’s largest foundation; they began a whole process of inoculating the entire population of children in the world against polio. Bill encourages listeners to find “Rotary International” on Facebook and locate the Rotary chapter in their community.

Jim’s advice to new agents: Many people on the outside looking into Real Estate have the misconception that it is easy money, but in reality, it is a business that is not for the faint of heart. So first, figure out, “why do you want to do this? Secondly, identifying your audience and ensuring you can serve that audience is highly consequential to success. Thirdly, it is pivotal for new agents to start their practice with an established realtor or an established team to get the training and support needed to move from unconsciously incompetent to consciously competent. Other personal traits to work on include discipline, persistence, focus, positivity, and a commitment to lifelong learning.