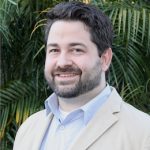 Meet our guest in this episode, Dr. Brad O’Connor, Chief Economist at the Florida Association of Realtors, currently based in Orlando, Florida.

Live at the Florida Realtors Convention 2021 at the REBarCamp in Orlando, I sit with Brad, who grew up in Dayton, Ohio, and he expounds deeply on the real estate and housing markets. He shares his perspective on the economics surrounding the market over the years and how it relates to the pandemic and current trends.

“Prices are rising very fast… but you’ve got to go a little deeper into why that’s happening; prices don’t always rise for the same reasons.”

“The best thing you can do is read; read a lot.”

Don’t try to get there overnight; you’re not going to

[07:20] Building the connection with Florida Realtors.

[13:10] Discussing the reasons for the current housing shortage.

[16:00] How long before the builders catch up with population growth?

[18:10] Comparing the current rise in home prices with a similar occurrence in 2005.

Brad shares he didn’t particularly plan to become an economist but had several things he wanted to try out in college, which he did till he finally decided on Economics. After school, he knew he wanted to become an Economics professor. He later moved with his wife to Orlando when she got a job there, after which he got a job opportunity with the Florida Association of Realtors and is now the Chief Economist there.

Before the pandemic hit the U.S, Brad had started to prepare for the possible impact on the economy, and the initial expectation was for prices to remain stable. Fortunately, what was not expected was the speedy recovery of the market, with Florida being at the forefront in the U.S.

The current housing shortage, however, started before the pandemic. This occurred because, at some point, people got the idea that the cost of housing would continue to go up and consequently built a lot more houses than the demand at the time. After the great recession, many building companies were put out of business, while the few that remained have been very conservative in building. Due to the population growth afterward, most of the housing from the previous cycle was absorbed by 2013, and builders have been struggling to keep up with population growth. The pandemic only made the situation worse. The decline in construction due to inadequate building companies, workers, and skilled labor has been a significant factor in this housing shortage; hence the government is now creating incentives and awareness for more people to get involved with this line of business. Another long-term constraint is the inadequate supply of land for building as the population grows.

Brad compares the current rise in housing prices to a similar event in 2005, followed by a massive drop in price. Since 2011, the statewide median sale price of houses has not been down yearly. First, there is an increase in demand for housing because the millennials are more prominent in population size than the previous generation. Secondly, following the pandemic, people now prefer to relocate to other areas because of the flexibility to work from home. So, unlike the previous situation where demand for housing was going up due to business speculation that the price will go much higher, the current rise is due to the actual need for housing to live. Even house flipping is much lower than in 2005, which depicts a much safer situation. It shows that the demand is not majorly due to business interest which can quickly disappear after 2005. Additionally, if the market drops, there is already a shortage in supply, which will cushion the reduced demand on price.

Explaining that the market has gotten to the peak of how frantic it will be, Brad believes as prices keep going up, some of the buyers will step out. Consequently, the price will normalize back to the usual statistical pattern with no expected abrupt shifts over the next few years. In the rest of the year, there might be fewer sales, and the rate of price increase will slow down over time.

Brad’s advice to new agents: Many agents have benefitted from using statistics when working with clients. If it seems daunting, don’t worry, you don’t get there overnight. The best thing you can do is read, read a lot, like the news, Florida Realtors’ newsletters, or just related articles. If you read enough, you get smart and better interpret the statistics, which is a handy tool in your arsenal.