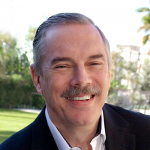 Our guest for Episode 250 is one of the most influential real estate experts in the industry today. Joining us is Stefan Swanepoel, an American business executive, author, and C.E.O. and chairman of T3 Sixty. Stefan is a strong player in the real estate industry with skills surrounding the industry’s analytical side, business planning, and trend analysis.

In this episode, join Stefan and me as we discuss how Stefan’s eclectic background led him to the success he has today. We discuss how Stefan became a C.E.O. at just twenty-six and the positions he has held that contributed to his passion for real estate. Listen in to hear Stefan’s riveting story and the talented team he has created at T3 Sixty!

·      “Stay focused. Set your goals, create your roadmap to achieve your goals, have a back-up plan for every strategy you have, and execute on what you decide to do. Once you’ve decided to execute, do not doubt. Don’t question or get distracted by shiny toys and announcements. Don’t get scared; stay focused.”

“Nine months later, three rounds later, and 200 candidates later, at the age of twenty-six, they offered me the C.E.O. job to head up N.A.R. for Southern Africa. I got introduced into the deep side of our industry and have been in love and have stayed in it every day ever since.”

“Most of that is not predictions [the D.A.N.G.E.R. Report], most of that was the feedback that I had culminated, mashed up, scrubbed clean, and aggregated together from the leaders and the people in the industry that I had spoken to.” -Stefan Swanepoel [43:19]

[14:21] Being Recommended Unknowingly for a Job

[40:03] Gamechangers Throughout the Years

[46:51] A Respected and Skill Team Structure

Joining us today is Stefan Swanepoel, the C.E.O. and chairman of T3 Sixty as well as the author of countless real estate analysis trend reports currently in the industry. Stefan was born in Kenya and admitted that he had a very eclectic background. He is blessed for travel and diversity opportunities as his father was a government diplomatic core member who traveled around the world for his career.

For most of Stefan’s younger years, his family resided in South Africa until the societal tensions ran high, forcing his family to evacuate. This was when Stefan’s father transferred to his new position in Hong Kong, China. Stefan Swanepoel has language experience or is fluent in languages such as Swahili, Mandarin, Cantonese, Afrikaans, and English. When Stefan was a teen, his family moved to South Africa, where he graduated and went on to study engineering in college. He continued his studies obtaining a master’s in business and a few post-grad diplomas in technology, law, and real estate.

While in college, Stefan started his own company building homes and even opened a financial magazine company. He found his next big job opportunity in an ad in one of the local realty magazines. After connecting with a real estate acquaintance, Stefan interviewed for a position he never even applied for, but the acquaintance mentioned above threw his hat into the ring. After nine months of interviewing, Stefan became the C.E.O. of the company at just twenty-six! This is where Stefan was first introduced to real estate and found a love and passion for the industry.

Stefan Swanepoel now has numerous C.E.O. experiences from significant companies and his start-ups. Stefan was offered a job in the United States that allowed him to fulfill a lifelong dream of living the American dream and becoming a U.S. citizen. In this opportunity, Stefan worked from senior vice president to president of the company, but after some family disagreements about location, Stefan resigned from the company to be able to move across the country. Stefan thus pursued his desire to start his consultancy.

With this opportunity, Stefan created T3 Sixty. He has created an amazing and talented team that focuses on their commitment to the residential real estate brokerage industry to provide in-depth research and extensive analysis for the entire industry. Stefan Swanepoel’s advice for new agents is to stay focused. Set your goals and create a roadmap on how to achieve those goals. Make sure to have a back-up plan for every strategy, and once in the execution phase, do not start to doubt yourself. Do not let yourself get distracted and stay focused on your goals!